Stunning custom drapery treatments are showcased in this residential interior design project for a home in Rockcreek, a community north of Houston, Texas.

From Wikipedia, the free encyclopedia – Drapery.

Drapery is a general word referring to cloths or textiles (Old French draperie, from Late Latin drappus[1]). It may refer to cloth used for decorative purposes – such as around windows – or to the trade of retailing cloth, originally mostly for clothing, formerly conducted by drapers.

In art history, drapery refers to any cloth or textile depicted, which is usually mostly clothing. The schematic depiction of the folds and woven patterns of loose-hanging clothing on the human form, with ancient prototypes, was reimagined as an adjunct to the female form by Greek vase-painters and sculptors of the earliest fifth century and has remained a major source of stylistic formulas in sculpture and painting, even after the Renaissance adoption of tighter-fitting clothing styles. After the Renaissance, large cloths with no very obvious purpose are often used decoratively, especially in portraits in the grand manner; these are also known as draperies.

For the Greeks, as Sir Kenneth Clark noted,[2] clinging drapery followed the planes and contours of the bodily form, emphasizing its twist and stretch: “floating drapery makes visible the line of movement through which it has just passed…. Drapery, by suggesting lines of force, indicates for each action a past and a possible future.” Clark contrasted the formalized draperies in the frieze at Olympia with the sculptural frieze figures of the Parthenon, where “it has attained a freedom and an expressive power that have never been equalled except by Leonardo da Vinci”. Undraped male figures, Clark observed, “were kept in motion by their flying cloaks.” 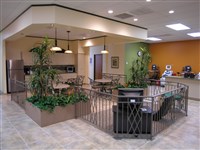